skip to main | skip to sidebar

Finally mixed and mastered by Cory Tetford at his studio in NS and available now at Fred's Records and O'Brien's Music in St. John's, digital download from iTunes and CD Baby or order the CD online from Atlantic Canadian Music.  Hope you enjoy it!
If you want to retrace our steps from the beginning of the project, start at the end of the blog and come forward :-)
4 comments:

After a year of demos, an even longer stretch of writing, and five months of recording, work on Glenn Simmons' debut solo record is almost over. Final mixes are being approved, mastering is happening soon and with some sadness, we've moved out of Stagehouse Studio in St. Phillips. On the next-to-last day of recording last week, Glenn's wife, Lillian, shot this rare March rainbow over Conception Bay from the window in the control room. We saw it as a good omen. Many thanks to Paul Fowler and Darrell Power of Stagehouse for their support and hospitality, the lady who works at the convenience store up the road, the guy who drives the snowplow, and all the lovely people of St. Phillips who knew "something was going on out at the end of Thorpe's Rd".
Cheers,
Glenn Simmons, Paul Kinsman, Justin Merdsoy, Paul "Boomer" Stamp, Chris Ledrew, Billy Sutton, Romano Di Nillo, Cory Tetford and Byron Pardy. 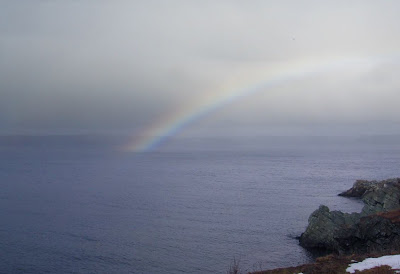 Light at the End of the Tunnel

No pictures... watching a bunch of guys listen is pretty boring. We could post 3 photos and the only difference between them would be a different guy sitting at the desk zoned in on the monitors. Suffice it to say that the reference mixes are impressive. The guitars are great, the drums are boomin' and the keys shimmer and swirl. Now that the songs are breathing on their own you can hear undercurrents of Knopfler, E-Street Band, Yes, Delbert McClinton and Elvis integrated with Glenn's own style. We love these songs, and we hope you do when the record comes out. Glenn has been having such a good time that he's written 3 or 4 new songs that will have to wait for the next album.
No comments:

Can't Wait For You to Hear This Stuff...

Happy New Year, everybody, and thanks for coming back to check in on us. The songs are way beyond what was envisioned in the demo process thanks to the contributions of Glenn's gifted guests and after a short holiday break, we're in the final stages of tracking. Byron Pardy came by to lay down some of that extra low 5-string bass, Justin Merdsoy loosened up and played some great guitar overdubs and Glenn had no trouble finding his sweet-spot for some incredible vocal takes. 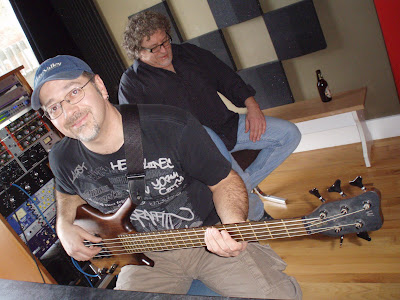 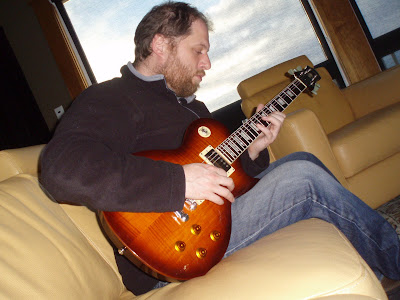 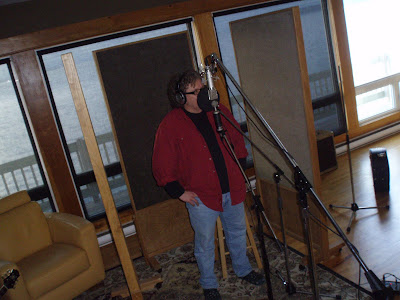 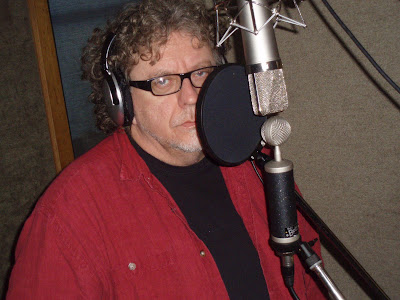 Glenn Simmons and his lovely wife Lillian, Barry Canning, Paul Kinsman, Paul Boomer Stamp and Chris Ledrew got together on the eve of New Year's Eve to have a little listen to Glenn's 80% completed solo album. Glenn will be playing with Barry's group (which also includes Kinsman and Boomer) at the Delta St. John's ballroom for the NYE Gala. Barry is in town long enough to play the gig and get his 2 cents worth in about the record. A nice holiday afternoon of laughing and sipping. Glenn expects to finish tracking for the project within a couple weeks after the new year. 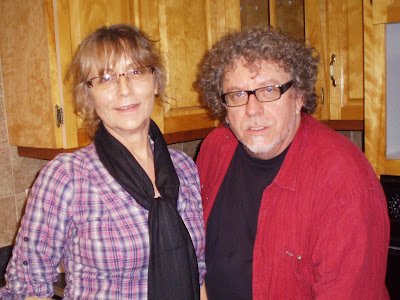 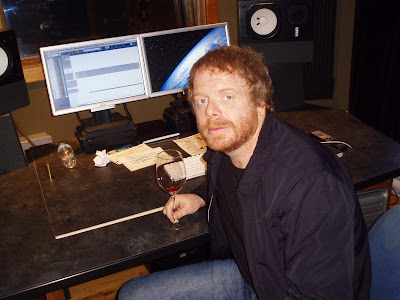 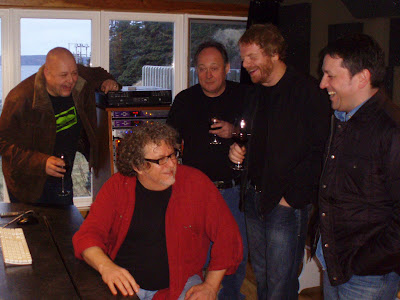 We're taking a short break for Christmas and then back in the early days of January to finish Glenn Simmons debut solo album, yet to be definitively titled. Back Home has been a working title for the last few months but as time goes on, and skilled colleagues have added their particular flava, the vibe of the music has shifted. Glenn is back in late December for a NYE show with Barry Canning, Boomer Stamp, Paul Kinsman and Glenn Parsons at the Delta St. John's. Have a safe and happy holiday season.
1 comment:

If Glenn Simmons has done one thing this year besides reuniting and touring with the Wonderful Grand Band, playing with the Fables, moving his family and cats into a new home, and writing/recording a solo album, it's facilitating this picture. Maybe a first for rock photography... these two noble instruments in the same photo: the pedal steel guitar and the Hohner melodica. Whoa... worlds colliding. 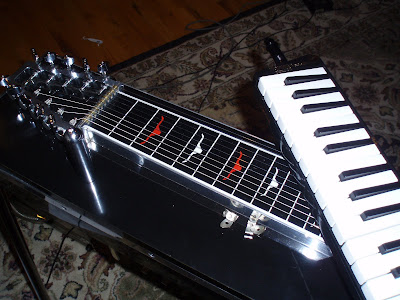 Now we're getting somewhere. New textures, colours and interactions that nobody could have ever planned are happening and there's lots of excitement as the music grows and takes us to new places. A couple songs are "finished" and a few more are close. Billy Sutton discovered he could drum but he couldn't hide, Romano Di Nillo brought his cool percussiveness to a few tracks, Boomer was back behind the kit for a couple, Chris Ledrew had us thunderstruck with his pedal steel voicings, and Paul Kinsman still hasn't found out who left the coffee cup stains on his Mellotron. You'll have to ask Glenn about the apparition... he was the one who saw it and the story requires the live retelling instead of attempting it here. One thing all the lads are realizing is that there's nothing quite as deep as playing music with people who have been doing it for many years. 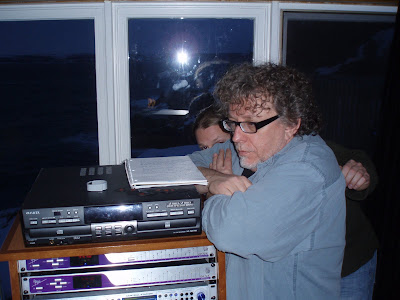 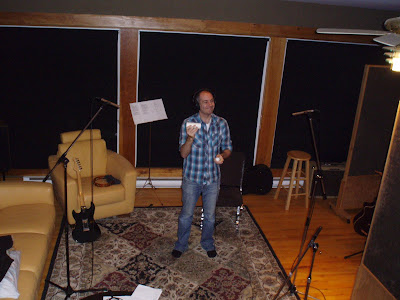 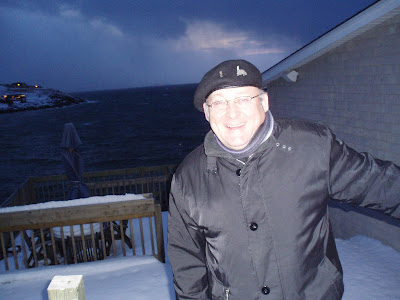 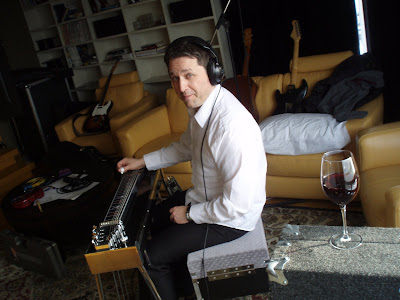 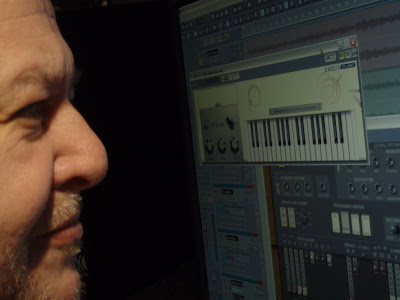 Some song titles you can expect:

In the Twentieth Century
Sweet Vanilla
Anytime
Perfect Reputation
She Talked About Elvis
It Goes On
1 comment:

On October 16 when we took a break from recording there were still a few leaves on the trees. Now, after a hugely successful Wonderful Grand Band tour and DVD release, and a few expeditions to Toronto and Halifax, Glenn has resumed recording at Stagehouse Studio. Engineer Justin Merdsoy promised to play a soulful bass part to avoid shoveling the place out. He delivered, but the place still needs to be shoveled out. 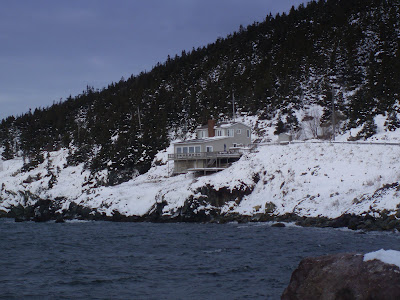 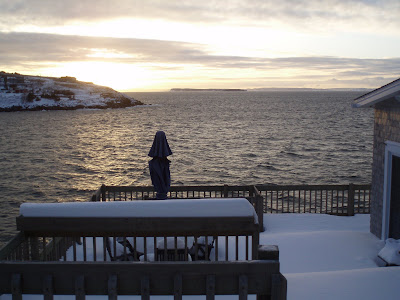 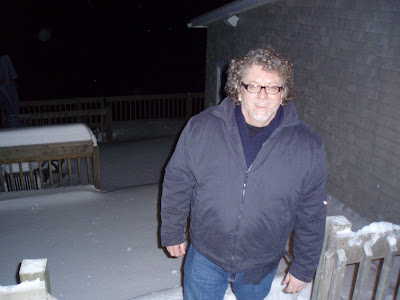 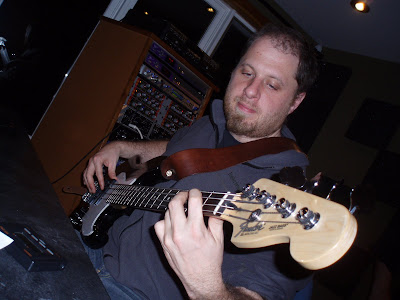 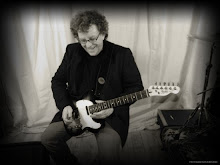 Glenn Simmons
Glenn Simmons is a singer/songwriter and guitarist from Hopeall, Trinity Bay, Newfoundland. His guitar has taken him from Green's Harbour to Kandahar. Glenn is a member of the Wonderful Grand Band and co-founder of the Fables. This is his first solo album. All songs by Glenn Simmons. Copyright 2010